MapillaryJS is a street imagery and semantic mapping visualization platform on the web. It is built from smaller units and some of them can be augmented or overridden by custom implementations. To make this possible, MapillaryJS exposes a set of extension APIs.

By the end of this section, you will be able to use these APIs to extend and augment the MapillaryJS experience with your own data, semantic meshes, 3D models, animations, editing capabilities, camera controls, and interactivity.

The custom render guides focus on rendering specific custom objects onto the MapillaryJS street imagery. It is worth noting that anything you can render with WebGL or Three.js in another context, you can also render inside the MapillaryJS. The inverse is also true, if you render some object in MapillaryJS, you can reuse that object in a WebGL or Three.js application somewhere else. To summarize, your 3D objects are reusable.

We go into the details of writing custom renderers in the guides, but the overview below explains how the custom render API works, step by step. 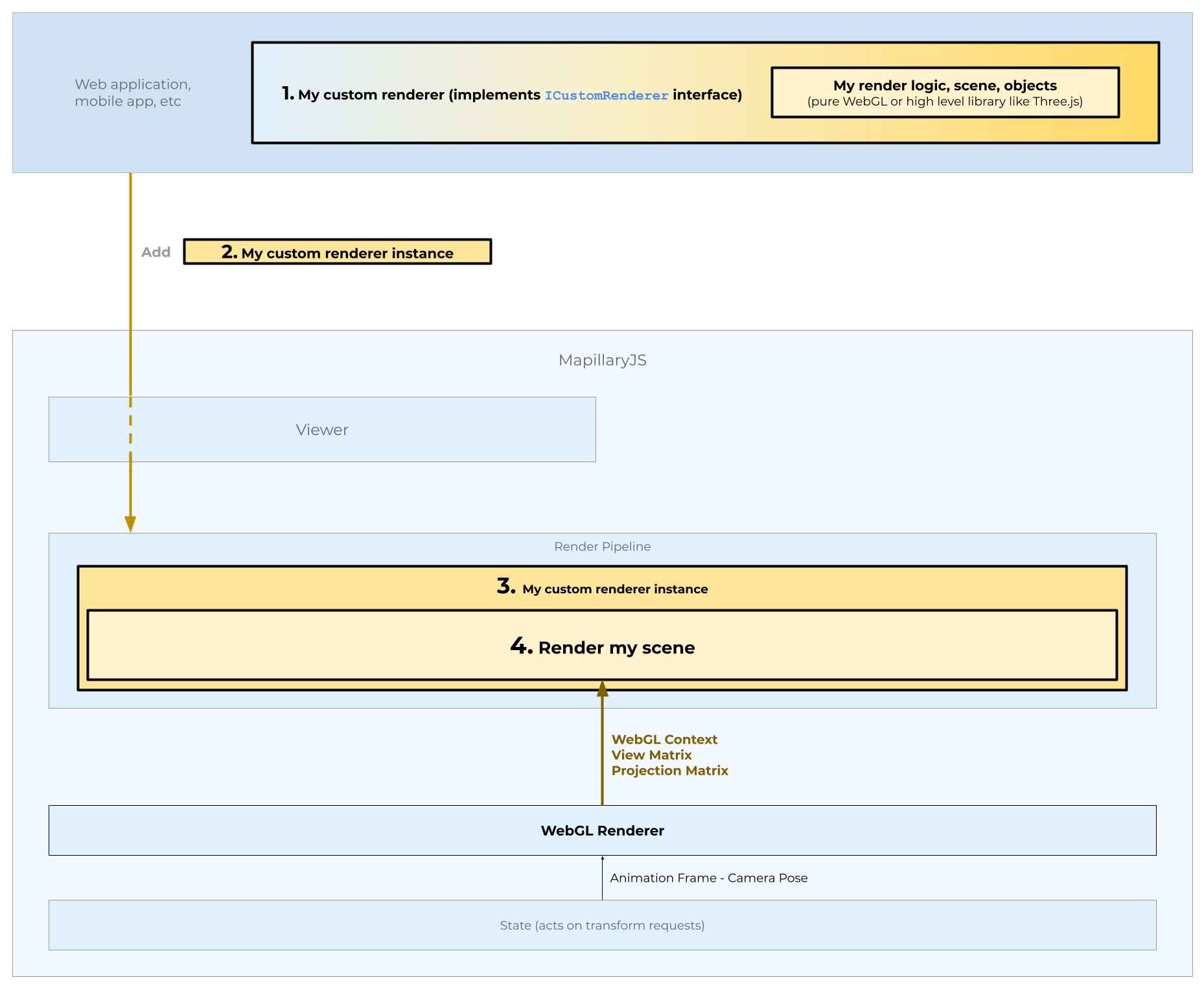 To dig deeper into the details, take a look at the custom render guides.